As part of our Sisyphean task to continue to improve everything dxw, we headed off on our annual retreat at The Olde Bell in Hurley, Berks. 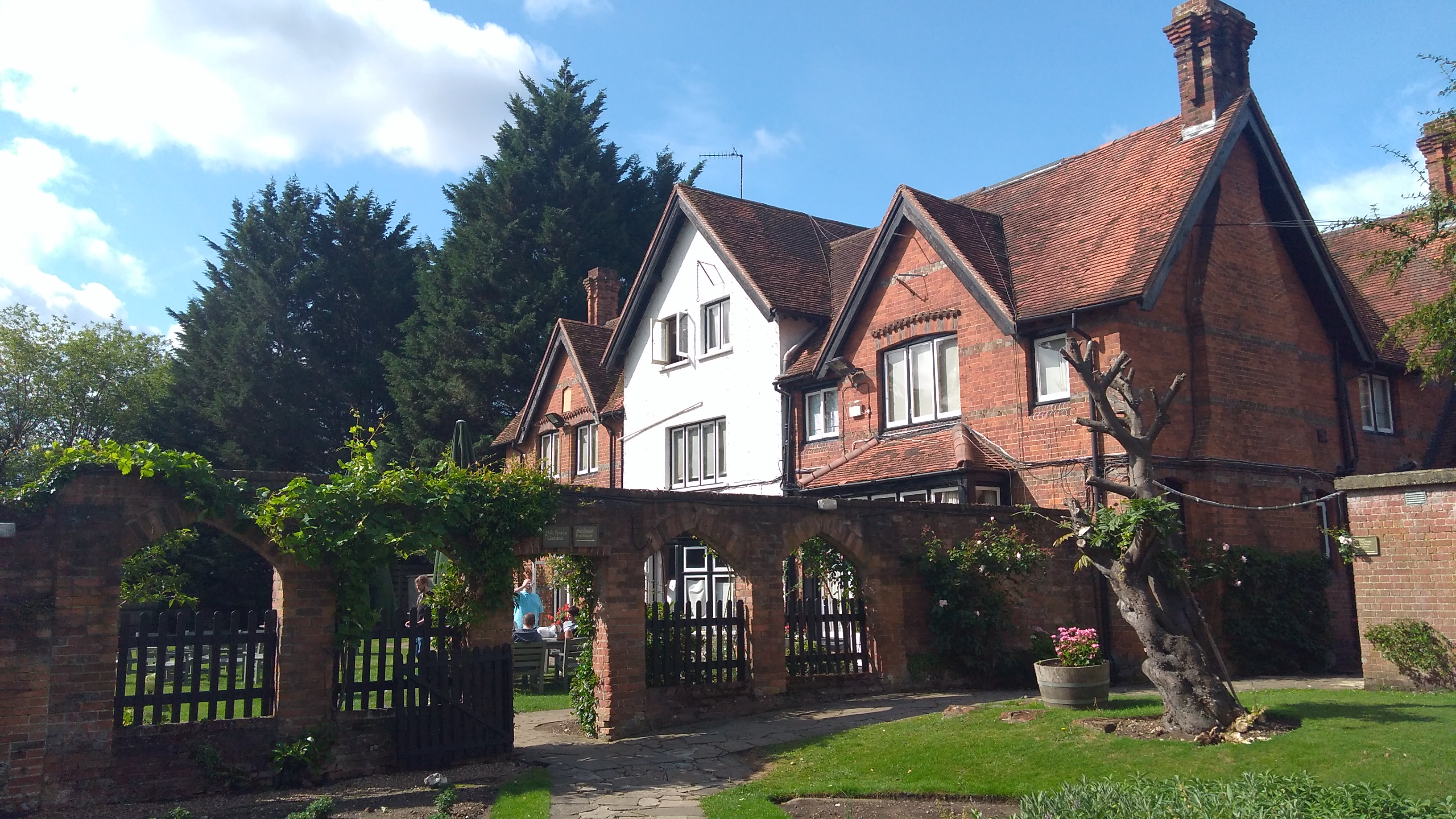 Whilst the surroundings were familiar to those who attended the previous year, the format of the retreat was organised this year by our wonderful and impartial facilitator, Mel from Media-Sauce, using the World Café Method.

As usual, the key to success is in the preparation. Both Vanessa and Farrah worked fantastically well together to organise us all into rooms, provide pens, post-it notes and ‘fiddle toys’ and get all the travel arrangements in place for our 3-day excursion.

I started the day terribly by misunderestimating the flow of people during rush hour and I missed the train that the rest of the ‘train group’ were on. After receiving some wonderful help from the poor GWR Customer Ambassador, who was simply picking up her bag from the Help Desk at Paddington, I managed to get on the next train and rendezvous with everyone at Maidenhead Station, unscathed.

Once we had all successfully made it to the venue, the first session began with Mel introducing herself and setting out the tone for the next two days. Our first task was to identify the attributes that make a good working relationship, giving examples of where these had been utilised through the past year. It was also pertinent to identify the types of relationships we have here at dxw (apparently shouting “sexual” at this point was totes inappropes). This helped us  understand what attributes we are really awesome at, and the areas where we could do with some tweaking and improvement.

The flow of thoughts and ideas was pretty incredible. We ended up breaking everything down and then building it back up again whilst changing tables. This helped us to concentrate on other topics while fighting to keep post it notes on the wall and play with fiddle toys. 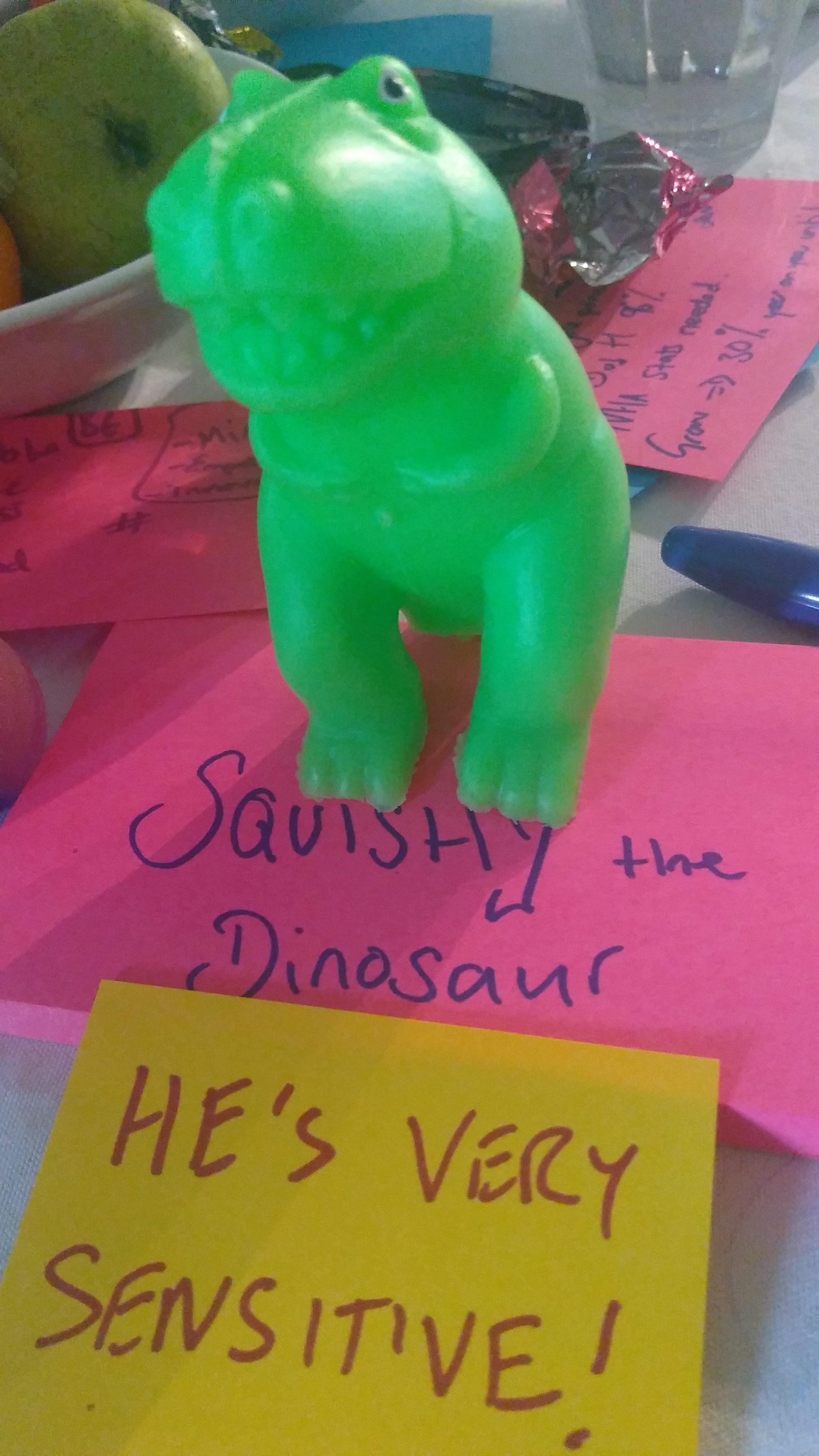 Once the session was finished, we all got some deserved downtime where people either disappeared to their rooms for some shut-eye or were encouraged (by me, of course) to play the ultimate 90s game ‘Scatch’ with 6 catchers and 2 throwers attempting to get a ball over a tennis court fence without face-planting or splitting one’s pants.

A huge banquet table of food later and there was just enough time for some relaxing over a few drinks before the fear of being eaten alive by the local flying beasties became too real.

Refreshed from a deep sleep in a king-sized bed and with bellies full of a hearty breakfast, we headed back to Mel to begin the second day.

The first thing we did was look at the company values, unpack them and find out what they meant to us as groups. We also found examples of where we had nailed the values in any work we’ve been doing or how we’ve behaved generally in the office. This task culminated with thinking of any other values that might be missing, of which there were many!

The final part of the task from the day was also really successful. We took at look at creating a playbook, based on all our previous work on attributes found at dxw and ‘difficult conversations’ we’d identified (such as ‘can I have a pay rise?!’).

The final challenge of the workshop was possibly the most difficult. This may have been due to me being in a ‘group’ of two of us, my poor Powerpoint skillz and not really understanding the premise of ‘I Feel Guilty’,. when co-creating sections of our Playbook for dealing with difficult relationships within our merry band of humans. The resulting work will most certainly be added to our growing playbook of things.

For those of us who didn’t have prior engagements and had to leave early, we were all keen and ready on the Saturday morning for some golf lessons and adventure golf. Hand-eye coordination was the key to success in this game and after a weekend of watching Chris throw left-handed (it has to be witnessed to be understood how funny it is) and of Robbie’s excellent catching skills, I had very low expectations.

Not even the torrential rain could stop us from going full Ballesteros and believing we could win an Open in the years to come. 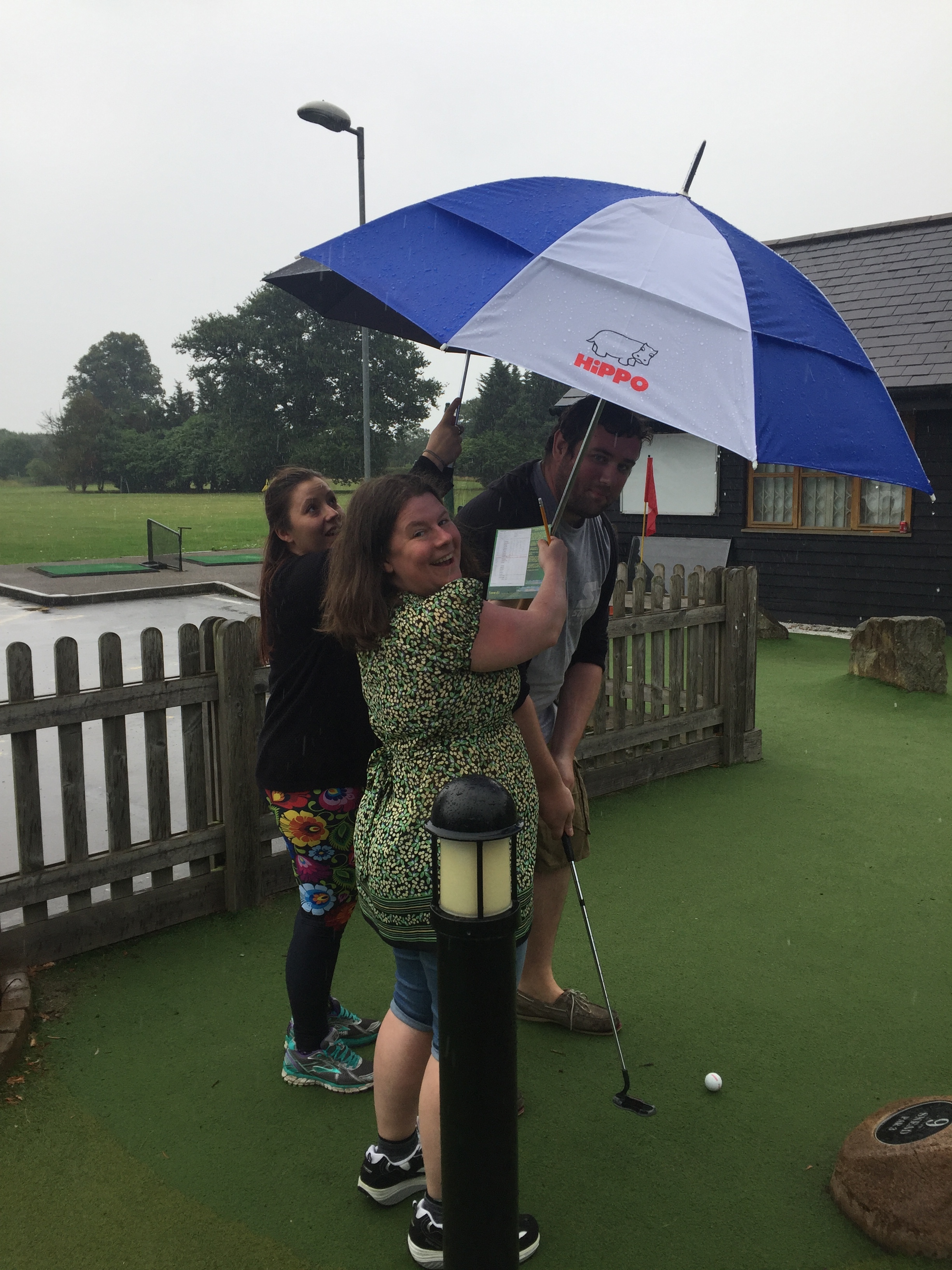 Many shots aimed at the ground, into water hazards and the trees later and we decided that it was best for all of us to never buy a golf membership anytime soon (Tamas being an exception with his win in the Adventure Golf and epically huge golf shots on the driving range) 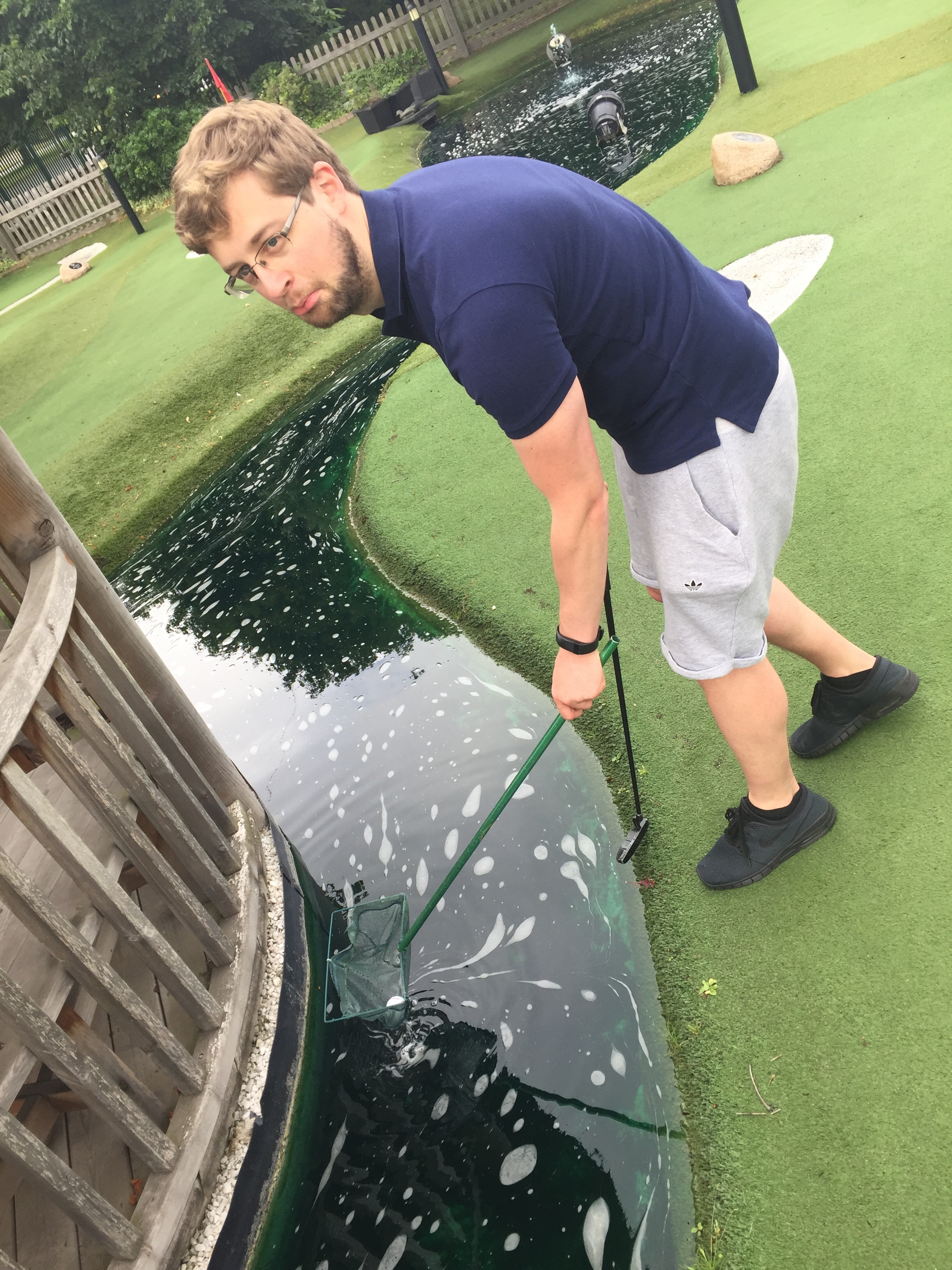 In summary, the retreat got us to work together with colleagues we sometimes don’t get the opportunity to work with in our day-to-day. , It made us think laterally about a lot of perceived and real issues, and got us to understand differing perspectives and actually find some great solutions that continue to spread the ethos of how we do things here at dxw.

Most importantly of all, always ‘Assume Good Faith’.