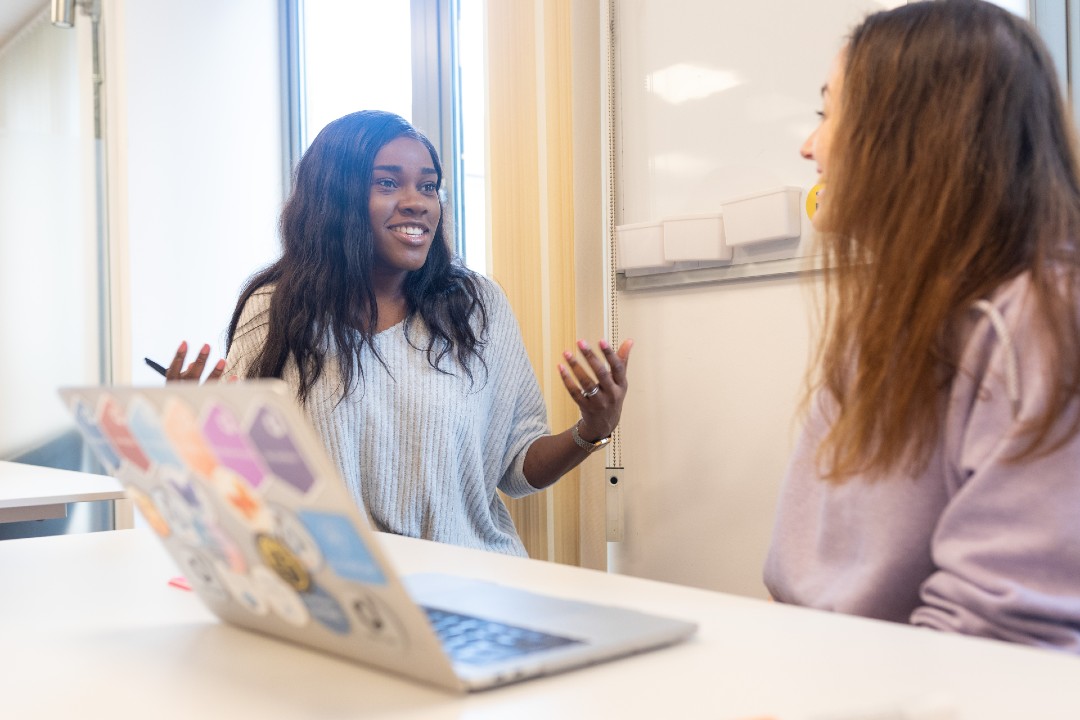 Collaboration strengthens the work you do. In our case, it was collaboration between different charities, working on different things, but who had shared experiences

We recently completed a project with 4 charities:

The project started in February and took place over 10 weeks. It was one of 7 projects in the Catalyst and National Lottery Community Fund COVID-19 Digital Response Definition programme. Catalyst helps charities get more from digital.

The aim of the programme is to relieve some of the added pressure placed on charities due to COVID-19, by establishing new ways of working. We were asked to support each charity to develop a digital strategy or approach.

When we started, we found that each charity wanted to do something slightly different and unique to their organisation, reflecting what they each did, and building on work that they already had underway. This made sense to us, and we made sure the process we’d follow allowed the charities to focus on what was most important to them.

We dedicated time to identifying a goal for the project for each charity. One charity chose to focus on the development of a digital strategy, 2 charities wanted to define an approach to a digital project, and the fourth charity wanted to do both of these things.

Collaboration was a main aim of the programme we were part of. With this in mind, we needed a single process that could be shared, while working towards the different goals the charities had identified. We created a process with enough flexibility to allow everyone to incorporate their specific context and insights.

We weren’t intending to form a team between the charities, but we did and it was a valuable thing. The charities started off by not knowing one another or their organisations. By the end, they were providing helpful feedback about each other’s work.

We weren’t a team in the sense that we were working on something together. But the group worked collaboratively and in the open. They worked iteratively, practiced user centred techniques together and they learned from and supported each other.

The dxw team on the project was multidisciplinary, which meant we were able to draw on all the skills we needed along the way.

A great example of how the charities worked together is the show and tell held partway through the project. Each charity answered the same 3 questions:

Placing people at the heart of everything

The charities dedicate their time to the people they support. But when we began the project, people weren’t always at the forefront when thinking about digital and technology.

We encouraged the charities to think about the people they support and why they come to them. We then led the team through user centred techniques which they tested with real examples.

One of the exercises we did together was writing a user need. The group started by creating an empathy map for a user of their choice, then had a go at mapping out this user’s experience. Each person then swapped their work with someone else, and wrote a user need about another charity’s user.

This worked really well and helped everyone to think about the needs of users in a thorough way.

Caroline focussed on designing a new online advice service for their charity.

Using the techniques we’d learned as a group, Caroline started by creating a set of personas for users of the service, using research collected at an earlier date to make them as realistic as possible.

By creating personas, Caroline could shape a journey for the service that was closely related to the things that future users may need.

When forming a digital strategy for their charity, Nigel, Leeann and Natasha started by thinking about their digital and technology ambitions, the outcomes they wanted, and who they were for.

As they formed their ideas about the strategy, they began to reflect on the research they’d done with the people they support. Using analysis techniques we’d shown them, they identified the prominent areas for change, based on what people needed.

They then iterated their strategy, positioning the people they support centrally. This was evident in the strategy vision and objectives. Then they returned to consider technology as a way of achieving what they were working towards.

We held a mini design sprint in weeks 6 and 7.

We used the concept of a design sprint, and design thinking more broadly, to shape a 5 day collaborative sprint to develop and test each charity’s ideas and called it a mini sprint because we only spent an hour together as a big group at the start of each day.

Each day, we made progress on the day before’s activities. On the first day we set ourselves up for the sprint, with slightly different templates for those working on a strategy or a project idea. Days 2 and 3 focussed on designing ideas and dxw team members provided feedback as the charities progressed. On day 4, the charities peer reviewed each other’s work. On the final day the charities brought along a volunteer to test and give feedback on their ideas.

Everyone worked from a single online whiteboard, so they could see each other’s work. When someone had a thought or question we talked about it openly as a group, discussing our ideas together. This worked really well because by this time the charities had built a good understanding of each organisation and what they were working towards.

Kate created a framework for a digital strategy for CHAS over the course of the mini sprint. Using existing research insights, Kate shaped a vision for the strategy, a set of objectives, and identified measures for each objective. These things came together really well, to explain what CHAS were working towards. Kate then considered what projects they’d need to do, to achieve all of this.

The work done over the mini sprint was the basis for a written strategy that Kate focussed on for the remainder of the project.

Although each charity had a specific goal for the project, there were some common elements between them.

The charities wanted to make better use of existing technologies or identify how new technologies could improve how they deliver services. They also wanted to understand how to change their ways of working so they could support more people.

Caroline focussed on designing a new service for providing advice to the people they support. The new service included the use of digital channels to provide advice, something which they had only been done face to face before.

Another thing they had in common was the challenge of deciding where and how to start. Once they began to better understand the people they support and their needs, it was easier to see the areas to focus on first to add the most value.

Vicky was examining how technology they had recently adopted could be used effectively by replacing manual ways of working with automated processes.

She did this by mapping out how the team processes looked with the addition of the new technology. This helped to identify areas to strengthen, and fed into a new version of the map which showed how things could work better in the future.

More things in common came to light as the project progressed, including the need to improve the management of information about the people they support and how to allow people to self-serve.

The team used the blueprint to spot the biggest opportunities to improve. They selected the induction for new members, and with our support began to design what this could look like, thinking about how members could contribute more to the process themselves.

Reflections about the work

At the end of the project, I asked each of the charities to share the biggest lesson they learned.

Stonewall said that what they’d pass on to another charity is to consider your user’s experience even when making internal facing changes.

The SMS Foundation said that as parents of those with SMS they had instinctively known what they needed to do. But they were now able to identify ‘the why’ from the user perspective to give clarity, understanding, and priority for their next steps.

Pace said that the integration of their current offline and future online support provision is now an essential part of their service design.

CHAS explained that when you have a number of different priorities you want in your strategy, centering everything on the end user makes everything much clearer, more focused, and achievable.

My own takeaway from this project is that working collaboratively is definitely worth the time and effort it requires. Collaboration strengthens the work you do. In our case, it was collaboration between different charities, working on different things, but who had shared experiences. They wanted to change similar things and ultimately to make similar improvements for the different groups of people they support.