Humans of dxw – from construction to HR 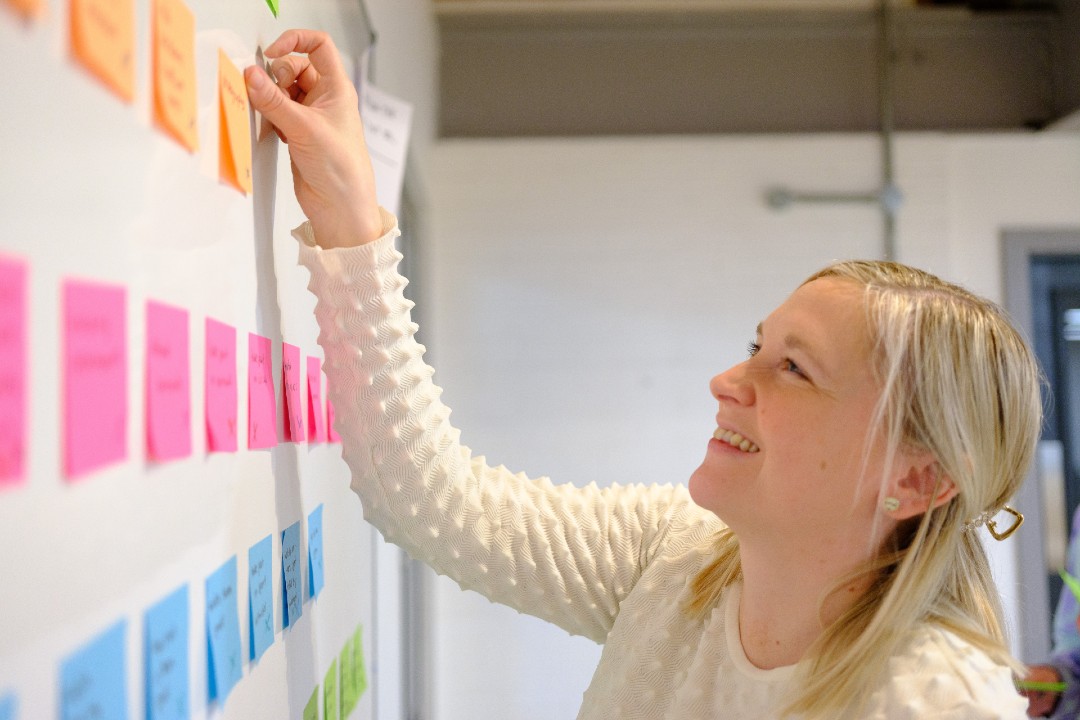 I was never someone who knew what they wanted to be when they grew up, (if you exclude early aspirations to become a librarian) meaning I left high school feeling pretty clueless about what was next. I’d worked hard, got good grades which, from listening to many around me, seemed to mean University was the obvious option… So, with a slight niggle, I applied to study Law. Over that summer the niggle grew, eventually resulting in a change of heart and me deferring my place.

I moved out from home, just before I turned 18, and decided to work for a year before going to University. Soon, 1 year became 2 and a bit years spent working in retail and customer service roles. I loved it! These years were so formative in making me who I am today, both professionally and personally. I became self-sufficient, learned how to manage money, developed a strong work ethic and met such a diverse group of people. I even took on my first leadership role during this time and developed a real sense of ‘customer focus’ which has never left me.

However, the time had come for me to step out of my comfort zone, scratch that higher education itch and begin a 4-year degree in Quantity Surveying. (Maybe not the most obvious choice, but bear with me.) My degree taught me a lot. I particularly enjoyed modules focussing on the commercial and innovative elements of construction. The components of concrete? Maybe not so much.

University also massively raised my awareness of gender imbalance. This wasn’t something I was really taught at school or something I overly appreciated in my early working years. In my first year at University, I was the only female on my course, and so it became glaringly apparent.

After 3 years I was awarded a scholarship with a large construction firm, which was seen by some peers as a forgone conclusion due to my gender. Externally, I dismissed the notion. Internally, there were doubts and questions. Maybe they were right? Maybe I did get it because I was female? I wasn’t convinced I had the energy or confidence to have these doubts in my head for my entire career. I turned down the scholarship and thought again about my next steps.

What did I know at this point? I was interested in commerce, enjoyed leadership, learning, and had a passion for building relationships with people to try and make things better. Human Resources felt like it could be right, so I completed my dissertation on the underrepresentation of females in the construction industry (the irony was not lost on me) and started applying for jobs.

It wasn’t going to be easy, it was a recession and I had a ‘non-relevant’ degree so I began an unpaid internship at a technology firm to gain experience. The internship was in addition to working for a financial institution and having a bar job at night. It was tiring but it paid off (literally), the tech company took me on permanently as a HR Graduate.

Since then, I’ve been so lucky to encounter the people and opportunities that I have throughout my career. I’ve met some amazing mentors, worked in some amazing teams and hopefully made a difference to the organisations I have been part of. This has all culminated in my current position as Head of People at dxw. 6 weeks in, I’m still just as excited about the role as I was on day 1!

So do I now know what I want to be when I grow up? Honestly, I’m not sure (and I’ll admit I’m bought into the concept of a ‘squiggly’ career) but I genuinely love what I do and for now, that’s enough.