Accountability Hack 2014. And the winner is…

dxw team of four developers/designers (Lily, Duncan, Tom and myself) together with many other keen “hackers” turned up at the NAO on Saturday morning to work on the challenges and create something awesome.

Our idea was inspired by the forthcoming HousingDay event on the 12th November. We decided to create an app which will allow to compare homelessness, social housing stocks and social housing that is sold privately in each Local Authority area.

The data was mostly taken from the ONS census for 2011 via ONS OpenAPI. The other datasets we used,Live tables on homelessness and Live tables on social housing sales, didn’t have the 2011 data so we had to take the data from the first half of 2012 in some places. Additionally, some information from local authorities was just missing. That’s why we couldn’t draw any conclusions from the comparisons in our project but wanted to give an example of the kind of analysis that can be done if there is reliable and up to date information from local authorities.

The beginning was challenging because we had some problems getting the census data out of the API. Luckily Sam Machin helped us pulling it from the dataset and we were able to start filling up the empty repo.

You can read about our journey through Accountability Hack on #AccHack Live Blog that was written by Lily.

And the winner is…

We submitted the app on a dedicated page on Rewired State on Sunday and were ready for the 3pm show and tell. 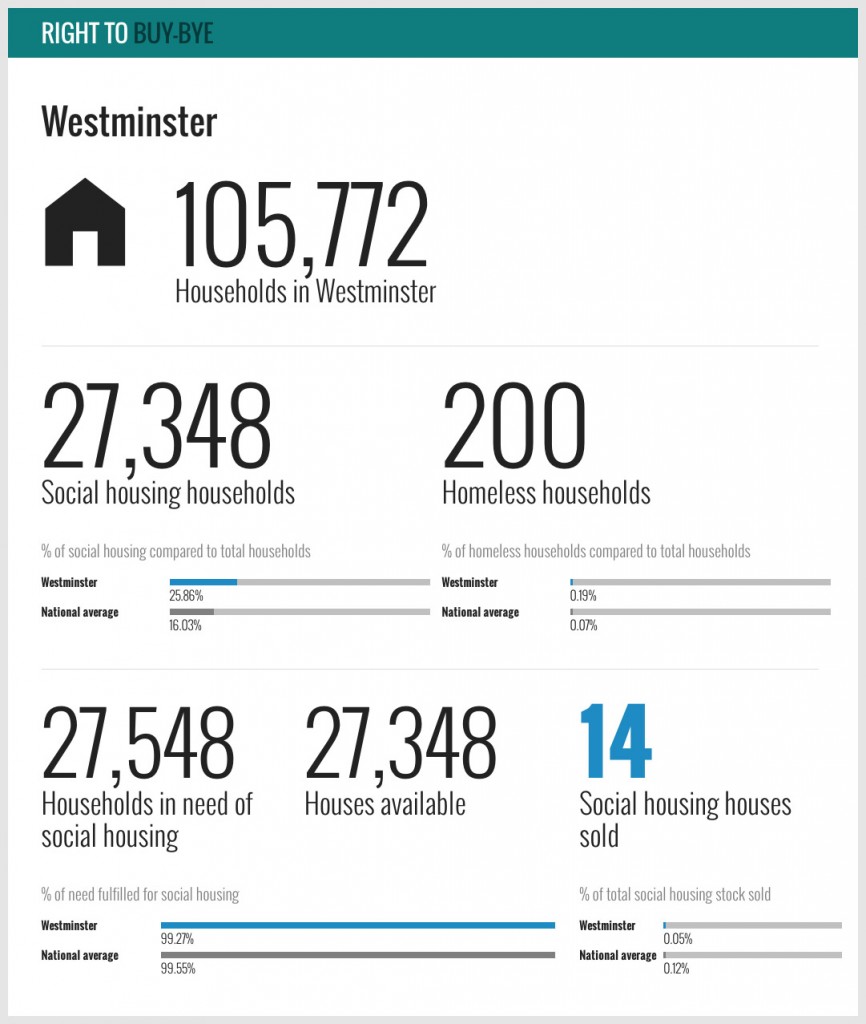 The judges, Lee Bridges, Meri Williams, Tom Loosemore, had a tough decision to make to select the best projects. All of the hackers have done great work during the weekend.

We were chuffed to hear that our Right to Buy-Bye app won the ONS Challenge and the Best in Show prizes! ONS will be promoting the best developer app at the launch event of their Data Explorer and OpenAPI at BT Towers on 12 November. We are very pleased we will be able to contribute to it.

The organisers did an amazing job at #AccHack14. Thank you for an excellent weekend!