In the Port of Amsterdam 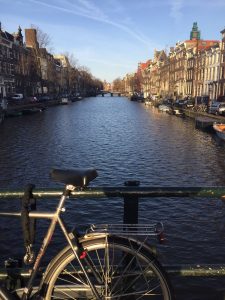 After having had the opportunity to go the the Women of Silicon Roundabout conference in October, I found out from one of the speakers that there was a European Women in Tech event taking place in Amsterdam at the end of November.

I hadn’t at this point managed to work out which conference to go to as part of my annual ‘conference perk’ so it was a no-brainer that I should take a few days in Amsterdam to see how this conference (also from Maddox Events) compared.

Some hastily arranged planes, trains and hotels later, I had my hands on one of the last passes to the event, which turned out to be a pretty awesome line-up over two days in the RAI conference centre in the south of the city, hoping that the quote from Albert Camus in The Fall was not entirely correct in this day and age:

“Have you noticed that Amsterdam’s concentric canals resemble the circles of hell?” 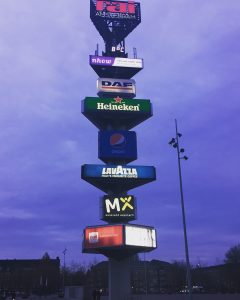 On the first day, flying solo, I found that they (ironically) had some technical difficulties in that their printers hadn’t managed to deliver our conference passes in time. So this gave me some time to hang out in the reception area, sample the awesome coffee and have a look around at the stalls they had set up. My first and slightly surprised impression was that this was going to be a smaller event than the one in London.

My first day highlights: A workshop by SoundCloud which involved story sessions. The premise was to sit in groups (divided up by use of coloured crayons which were given to you in a bag on the way in) which designated the topic you were going to discuss. The topic was ‘What is needed to create an environment where everyone is being their true self?’. 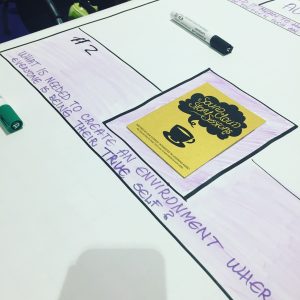 After the obligatory intros, we frantically debated what ‘true self’ meant, before moving to a new table (depending on what colour lollipop you had!) to discuss the topic further with a different set of people.

Anecdote: I ended up on the second table with a girl from SoundCloud who worked with one of my very good friends in the Berlin office. Small world!

The final speaker of the day was Ger Baron, the CTO at City of Amsterdam. He is very keen to encourage women to find themselves in an environment where they can thrive and be heard and respected. Luckily, he was at a conference in Rio with another friend of mine a few weeks prior and I got the opportunity to talk to him during the networking drinks and hopefully, he will be coming over to London to visit us in the office at some point in the near future.

With a slightly murky head, mostly due to the networking drinks and the discovery of the vending machine stocked with wine at my hotel, I began the second day of the conference, mostly functioning due to increased coffee consumption. 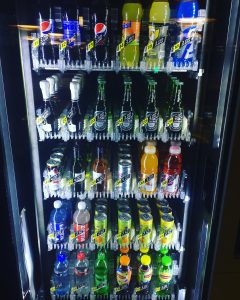 Second day highlights: I had been tweeting during the previous day and had struck up some conversations with other attendees about the topics. One had promised to seek me out during the coffee break to have a chat (mainly because of my clear nervousness about networking). It was an unexpected and welcome mentoring session of sorts. I made a friend!

I also attended a talk by Dilja Rudolfsdottir, who I had missed at the London event about blogging, which was a great end to a very brain-exhausting two days. 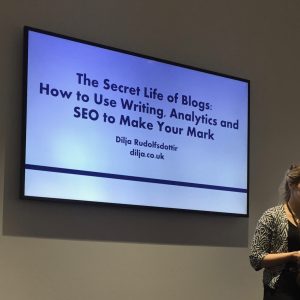 All in all, Amsterdam is just a great city to visit which I highly recommend if you haven’t been already. As for the event, it was well organised with some great speakers from all manner of roles and industries within the tech world. I thoroughly enjoyed the variety of the topics. Some of which I didn’t think I would be that interested in, however the mix of speakers seemed spot-on in keeping my interest.

Hopefully, I will be back again next year to see how it’s grown as well as attending the next Women of Silicon Roundabout conference (and not just to see how many more Google mugs I can swag-bag). 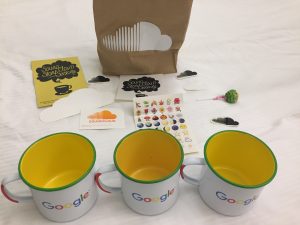