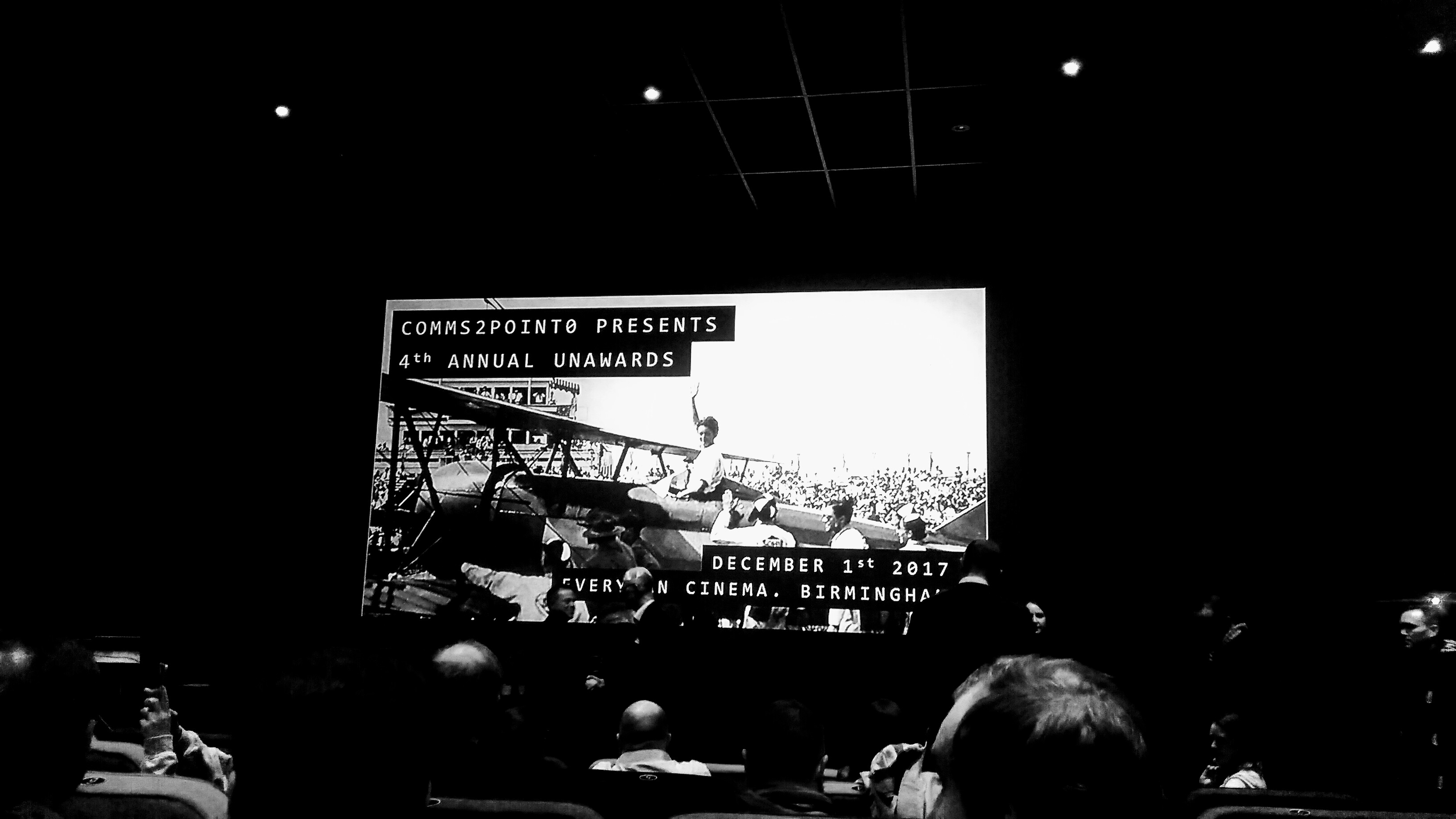 Last Friday I headed up to Birmingham for the annual Comms2point0 Unawards – a chance to (in their own words) “ recognise excellence, celebrate success, connect with new faces and say hello to old friends.”

Held at the stunning Everyman cinema in Birmingham’s Mailbox, the Comms  Unawards celebrates local government teams and councils from across the UK, who have excelled in their field of communications.

Run by Darren Caveney of Comms2point0, the ‘Unawards’ gives public sector teams an opportunity to enter and participate in something a little bit different There were no glossy purple-haze lights you often find at award ceremonies, no off-tone ‘dancing girls’ (as witnessed recently at the Digital Entrepreneur Awards) and most importantly no huge price tag to enter, nor a ticket costing £300 or more.

Instead, Comms2point0 asked several sponsors (Granicus, Perago wales, The Local Government Association, NUJ PRCC, SocialSignIn, Social Simulator and the Council Advertising Network) to help organise a really special day to recognise and say a big ‘well done’ to teams and individuals for their work over the past year.

Winners included the South Yorkshire Fire and Rescue who picked up three awards, NHS England South for best social media campaign, Jill Walden who received a lifetime achievement award and the Greater Manchester Police who won the award for best crisis/emergency comms. Take a look at the complete list of winners here.

It was great to witness a wide range of teams being celebrated, and also to catch up with our friends from Comms Unplugged, who launched a brilliant and unique event this summer down in Dorset (keep an eye on their website for details of next year’s event

After the awards, Darren had chosen Jerry Maguire (which I was amazed to hear so many people had never seen before!), as the perfect film choice to celebrate this year’s Unawards theme: “being brave, doing it differently and swimming against the tide”.

There are so many great events in the public sector calendar such as Comms Camp Birmingham, CommsUnplugged, GovCamp and Healthcamp and the Unawards complements these perfectly.  Congratulations to everyone who won (and all those who were shortlisted!) and to Comms2point0 for a great day out 🙂 Keep an eye on their site for upcoming events in 2018.