The hopes, fears and reality of a new working mom 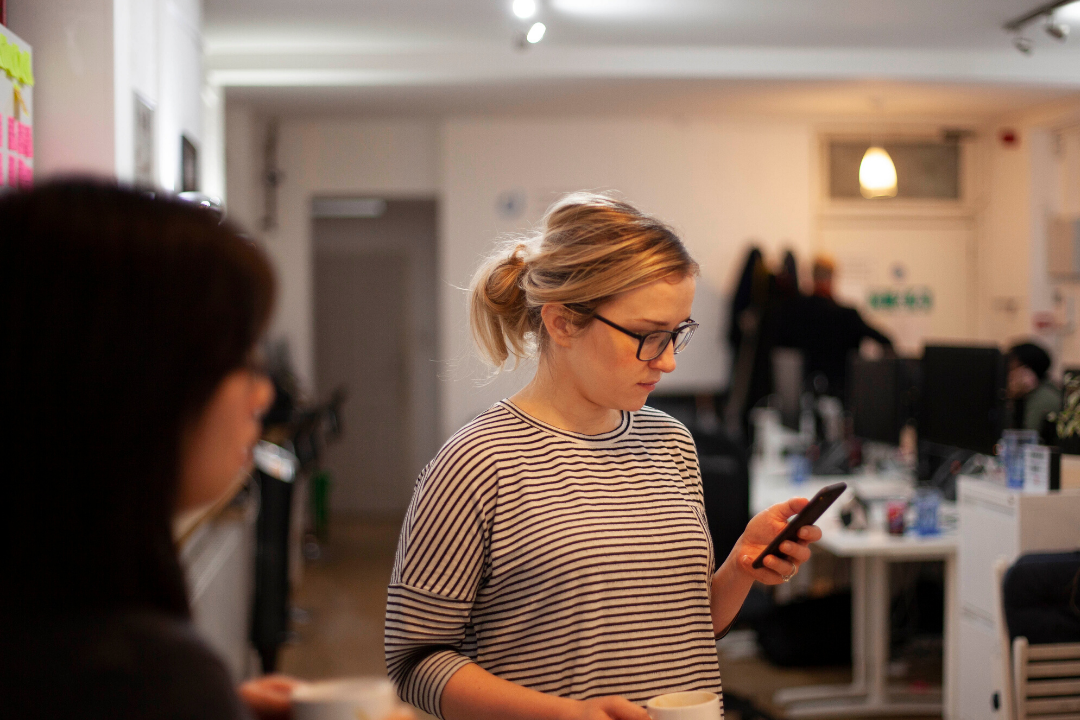 It has been almost 4 months since I returned to work as a user researcher at dxw. It has been hard but far better than I anticipated. I’ve largely felt supported both at home and at work. I wish every new mom had a similar experience. Unfortunately, as a society, we are far from truly supporting working moms.

Someone said that a woman is reborn when her baby arrives. It’s true! That’s without adding work to the mix. I only started getting to know this new me when I had to go back to work.

A number of surveys from 2018 showed that despite the increase of women returning to work overall, working mothers still struggle because of inflexibility. They stepped down from leadership positions; took menial jobs just to get the flexibility; and took redundancy or large chunks of time out of the workforce. They concluded that the British business is allowing trillions of pounds of value in female talent and expertise to go to waste.

They say numbers speak for themselves but they don’t show the real struggles working mothers face. In my circle of (mom) friends, I am the only one with a positive story returning to work. Change is certainly happening but it’s far from acceptable so I hope sharing my story can help make things better in some way.

The rough start and the ongoing transition

The transition has not been smooth, and I can’t see how I’ll ever get used to it entirely. My little girl was 8.5 months old, exclusively breastfed and an absolute boobie monster when I returned to work (no bottles, no dummies, and not interested in any milk in any cup either). She needed milk for comfort, for food, for sleep, and everything else. I had not been away from my girl longer than an hour up until going back. The month before my maternity leave ended, the fear made my already sleepless nights even worse. Deep down, however, I also looked forward to having a hot drink, an uninterrupted lunch, child-free bathroom visits, adult conversation, and maybe even some running.

In the early days, I was crying in the bathroom throughout the day while my daughter was crying most of the day at home with dad.

The first couple of months, my daughter, husband, and I picked up every germ around. I think it was a combination of my daughter having less milk and me bringing home all the adult germs I picked up on tube journeys.

When we weren’t sick, my daughter was still having long crying fits and woke 182,454,234 times at night. All this while I was working on a challenging project.

Recently there have been some days I’ve enjoyed working and being away from my daughter (until I felt guilty for feeling that way). She’s now coping well with the separation most of the time. And instead of breaking out in the biggest cry when she sees me again, she waits for me by the window and gives me the biggest smile as soon as she spots me coming down the street followed by lots of kisses, cuddles and an epic nursing session.

I completed the ‘challenging project’ with lots of positive recognition from our team and the client. Also, I was promoted shortly after that.

What made it more positive

There are many reasons why the experience I’ve had has been positive. Some of those weren’t work-related actions taken by dxw, but I’d like to focus on the ones that were. I hope it can encourage women considering starting a family, taking maternity leave, and returning to work to get better terms.

I’ve been able to return to work with less stress and anxiety largely because of the flexibility and emotional support dxw offered me. Some of those were policy-type things and others more subtle behaviours that are part of dxw’s culture.

For example, I was able to extend my maternity leave halfway through and come back three days a week instead of full time for a few months. They also accommodated my request to only work up to four days after that.

I’ve also been working from home ‘as needed.’ Sometimes I left early and finished work once my daughter was asleep. This is not the norm and working outside of office hours is not something we do at dxw, but having that option has been extremely valuable. I was able to spend time with my daughter when she needed me the most. That meant, my daughter, my husband, and I were less stressed while I didn’t feel like I was failing at work.

With much needed time off approaching, I’m thankful that my boss urged me not to use up my holidays for extra pay and keep them for ‘real breaks.’ And I was also encouraged to apply for promotion while I felt timing and circumstances were not in my favour.

Perhaps the least obvious but most important factor for my positive experience is that I never felt excluded, indirectly guilted or penalised for being a mom. I’ve often heard from other moms how companies talk the talk about supporting women and moms, only to get straight ‘nos’ to even temporary flexibility and other reasonable requests.  And even worse, receiving passive-aggressive comments and experiencing outright ignorant sexism from co-workers just because they’re moms.

I’ll leave it at that and add some sadly hilarious illustrations from Sarah Cooper’s book because I personally know many women who’ve experienced these in real life. 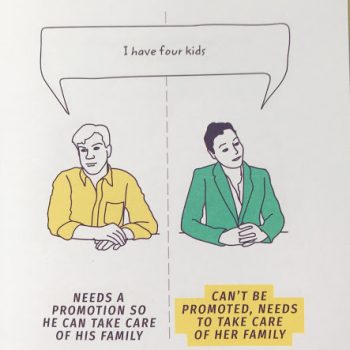 dxw is actively working on diversity and inclusion, but it has never been more obvious to me that it’s a great place to work. They recognise that we are individuals with different needs; they value families and life outside of work. And they have created and maintained a working environment where being a respectful human is not optional no matter what role you have.

Working moms don’t want it all, but we deserve better

There’s no win-win for working moms, and there’s no having it all for me. At least not all at once, and I’m ok with that. I’m trying to make the best out of this push-pull situation and accept that my needs and feelings change all the time. This doesn’t make me less capable or valuable. It makes me human and a realist. It allows me to be vulnerable which in return makes me stronger and more determined.  And lucky for me all of that is expected and accepted at dxw.

I hope I can encourage other moms not to accept the mom penalty. It is not ok that women are penalised for the most important task of our humanity! It is not ok for us to have to juggle it all while being undervalued, excluded, and disrespected because we’re mothers.

We are not less capable or deserving of things outside motherhood, of financial independence and recognition as valuable members of the workforce. It is not ok that we can’t use our degrees and knowledge because companies refuse flexibility.

dxw is an excellent example of how companies can benefit from the diversity and long-term benefits working mothers bring to the business. Mothers are extremely dedicated, capable, and highly efficient employees when they are treated as just that.